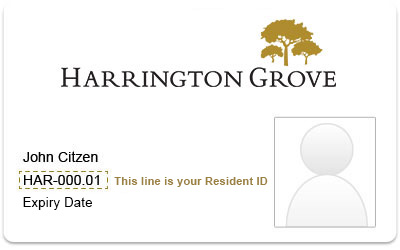 You are here: Home > Community > Notice Board > Security Patrols

We continually see posts on facebook pages questioning the frequency of security patrols and would like to refer residents to the AGM report earlier this year which addressed these concerns.

As a reminder, Harrington Lifestyle Services manages the security patrols within the estate according to the budget that is set by the Community Association (your Precinct Reps). The current Community budget allows for one guard for an average of 10 hours per 24hr period. In order to increase security patrols during high risk times such as during the Christmas period, school holidays, public holidays etc, hours must therefore be banked in small increments (ie a few hours a week) during quieter times.

The developers, Harrington Estates, also fund additional security in newly developed areas as required, to help deter dumpers and thieves who historically target building sites and vacant blocks. Although these guards are not funded by the Community budget, the developers generously allow them to also patrol the rest of the estate during these shifts. However, when the developers stop these extra patrols during quieter times, it can give the perception that Community security hours are being reduced, which isn’t the case.

The Community Association can choose to increase the security budget to pay for extra guards, but that means the funds will have to come from either a large reduction in another area of the budget, or an increase in Community fees. This is the decision of the Community, not Harrington Lifestyle Services, and it is therefore up to residents to put forward any suggestions in this regard to their Reps or Precinct Committees for the Reps to discuss at their Executive Meeting.

To confirm, there has been no reduction in the average number of hours for security per night, paid for by the community budget, since the Community Association started running the estate in Feb this year. Residents have simply been used to seeing more guards around up to that point, as the developers previously covered that cost during the mass construction phases.